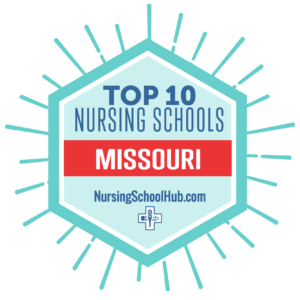 If you are interested in becoming a nurse in Missouri, there are many excellent nursing programs and nursing schools. The requirements for becoming a licensed Registered Nurse are different from state to state. But, with a little research you can find the path to a nursing career that is right for you.

HOW WE RANKED THE BEST NURSING PROGRAMS IN MISSOURI

Nurses need to know their degree will have a real value, so Nursing School Hub features only reputable, accredited nursing schools in our ranking of the best nursing schools in Missouri. We have ranked programs with data from IPEDS and Niche, including tuition rate, student reviews, and graduate salary.

The Trudy Busch Valentine School of Nursing at Saint Louis University is among the best nursing programs in Missouri. St. Louis University offers many nursing degrees, including an RN-to-BSN, BSN, MSN-NP, MSN-CNL, BSN-DNP, MSN- DNP, and MSN-PhD. The university programs allowing students to transition from one degree to another helps people advance while working. Students are well-prepared, as 91 percent of graduates passed nursing exams on the first try. Additionally, students may also intern at a hometown hospital.

Saint Louis University was started in 1818 and is one of the oldest Catholic schools in the nation. The school has a Jesuit mission committed to faith and service, which permeates every school program. SLU also has a campus in Madrid, Spain. There are about 13,000 students and 2,086 faculty members at Saint Louis University.

2. College of the Ozarks

The Armstrong McDonald School of Nursing at the College of the Ozarks is also one of the best nursing programs in Missouri. The Bachelor’s of Science in Nursing (BSN) program at the school is not very old. It was started in 2007 and graduated its first class in 2010. The BSN is the only nursing program offered, and it is taught on a six-semester system. Students must be accepted to the college and complete one year before applying to the school of nursing. While it offers just one program, there are several specialties taught. In addition, clinical nursing programs can be completed in many places.

The traditional BSN degree is the most popular nursing degree at the Sinclair School of Nursing at the University of Missouri at Columbia. This conventional degree program will prepare nursing students to take the state nursing licensing exam and enter the working world. However, the school offers a lot of other nursing degrees as well. Programs include BSN, ABSN, RN-BSN Online, MSN Online, MS Care Management Online, PhD Nursing Online, DNP Online. In addition, the school has a robust online education program.

Marysville University is in downtown St. Louis and was started in 1972. It has about 4500 undergrad students and around 10,000 total students. Maryville University has relatively small classes and does not require standardized test scores for incoming students, such as the ACT or SAT scores. At Maryville, the online programs allow working professionals to work on more advanced degrees while continuing to work. 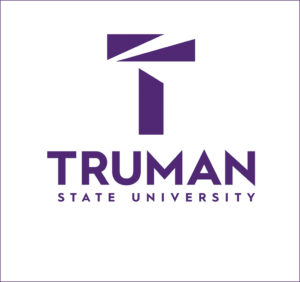 The Truman State University nursing program is among the best nursing programs in Missouri because of the experiential aspect of fits BSN and ABSN programs. The university has a Nursing Simulator Center that looks and feels like a real hospital. The simulator has the latest equipment and life-sized models for patients. The BSN degree qualifies students to take the state nursing exam for a Registered Nurse license. If you already have a bachelor’s degree, you may take the Accelerated BSN program that can be completed in 18 months. There are more jobs than nurses, so the job outlook is excellent for a nursing degree.

Truman State University was named after President Harry Truman in 1996. It was previously known as Northeast Missouri State. The school was started in 1867 as a teacher’s college and business school. Truman University is a rural school with 5000 students. Truman offers students a study abroad program with more than 60 countries to choose from. Truman University was named the best public university in the Midwest by U.S. News & World Report. It was also named one of the best value schools in the nation.

The University of Missouri at Kansas City nursing program offers students a lot of opportunities to get hands-on experience and a solid academic education. Among the best nursing programs in Missouri, the school offers BSN, RN-BSN, ABSN, MSN, DNP, and PhD programs for nursing students. It also has specialty certification for those wanting to become nurse practitioners. UMKC formed a health sciences district in cooperation with several hospitals and the state health department. A separate campus called Hospital Hill includes the nursing department, the medical school, and schools of dentistry and pharmacy.

Avila University is a small Catholic school in Kansas City with a long history. The Avila University nursing program is one of the best in Missouri. The school has only one nursing program, the BSN. But, they have been graduating nurses for 71 years. In addition, medical professionals and former students teach classes. The school is well known and respected regionally, and graduates can find jobs easily. Avila admits only fifty-four students each year.

Avila University was started in 1916 by the Sisters of St. Joseph and was called St. Theresa’s College. Avila the first private college in Kansas City for women. In addition to nursing, there are about 50 academic programs. Admission is competitive, and only 40 percent of applicants are accepted. The school was founded on the idea of service. Each year students put in about 140,000 hours of community service. Avila University has almost 1000 students and has a 12-1 student-teacher ratio.

Missouri State was started in 1905 as a state institution. It was known as Southwest Missouri State for many years and changed to its current name in 2005. Missouri State takes pride in having some of the lowest tuition costs in the state, but it does not scrimp on the quality of education. Missouri State has 23,000 students and is in Springfield, Missouri.

The University of Missouri at St. Louis nursing program has many degrees including a BSN, ABSN, RN-BSN, RN-BSN Online, DNP, PhD. The school is one of only a few schools that offer a nurse to Ph.D. program fully online. It also has an accelerated BSN degree that is completed on campus. Nursing students get hands-on training in the nurse arts laboratory. The BSN program offers an accelerated program for those already with an undergrad degree. It can be completed in 12 months.

Business Insider ranked the University of Missouri at St. Louis No. 1 for affordability, especially for in-state students. The university offers fifty degrees that can be completed entirely online. Missouri-St. Louis has 16,000 students on its campus. The St. Louis Mercantile Library opened in 1846 and is the oldest library west of the Mississippi. It is one of two libraries on campus.

Southeast Missouri State University (SMSU) has been training nurses since 1958 and has one of the best nursing programs in Missouri. The Southeast Missouri State University nursing school has an online RN-BSN program that is great for working nurses. It has BSN and MSN degrees that can be completed on-campus or online. The BS degree is the primary degree, and from there, one can become an RN. A BSN degree from SMSU prepares students for more advanced degrees.

Southeast Missouri State was started in 1873 as a teacher’s college. The school has almost 9,000 undergraduate students and just over 1,000 graduate students. The faculty-teacher ratio is 19-1. There are 200 areas of study, and 350 courses are offered online. In addition, a study abroad program allows students to study in 35 countries. Southeast Missouri State’s Redhawks have strong men’s and women’s sports programs.

HOW DO I CHOOSE A NURSING SCHOOL IN MISSOURI? 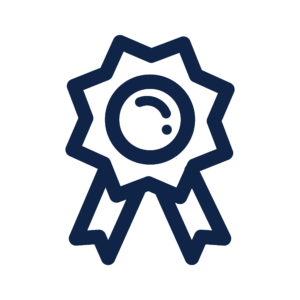 Consider some questions as you think about which school to choose. Do you want on-campus learning, or do you want online or a mix of the two? Do you qualify for financial aid, and how much can you spend? Of course, you need to also find out if the school is accredited. Most employers want students from accredited universities, which means they meet specific standards. What kind of practical training or internships can the school offer? Another question that would be good to ask.

You will also need to consider your living arrangements. If you are taking classes online, you may want to stay where you are. Still, it is good to know what housing is available. It is possible to start at a lower level and work your way up as the degrees build on each other. Finding out how the school handles this is another thing to consider.

Once you determine what you need, look for schools that offer those things. The best nursing school in Mo will be the one that meets most of your needs. Visit at least one school and ask questions at the school. You should also pick a school that fits you or that feels good.

HOW IS THE JOB MARKET FOR NURSES IN MISSOURI?

There should be more need for medical personnel in places like nursing homes or other facilities with an aging population. Jobs related to public health are also often in demand. A lot of nurses are also retiring, and that will lead to job openings as well. Missouri expects 25,000 job openings for nurses through 2024, and 15,000 of those are replacements for retired nurses.

Another option is considering Missouri travel nursing jobs. These nurses work for an agency and are sent to hospitals and other facilities when needed. There are shortages in different places, and this is where Missouri travel nurse jobs come in. In some rural areas, there are not enough doctors, and licensed nurse practitioners are needed. A practitioner can do almost anything a doctor can do and works under the supervision of a doctor.

HOW MUCH DO NURSES MAKE IN MISSOURI?

Registered nurses are the most common type of nurse. Their average nurse salary in Missouri is $64160, compared to the national average of $77,000. However, nursing salaries in Missouri vary a lot. Bigger cities like St. Louis will pay more than small towns pay, but the cost of living is different.

Nursing salaries in Missouri start at about $26,000 for a nurse assistant. The national average is $30,000. LPN’s average $43,000 in Missouri, and $48,500 nationally. Above the high school level, teachers make $73,000 in Missouri and $83,000 across the nation. RN’s with specialties will make more, and travel nurses will make slightly higher wages. This is because travel nurses go where they are needed around the state.

A nurse anesthetist is one of the highest-paying jobs an advanced nurse can get. This requires schooling well beyond the RN degree. In Missouri, the average pay is $161,000, and nationally the average is $181,000.