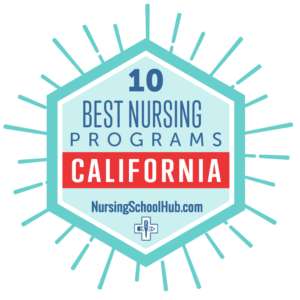 It’s important for a person to consider what program he or she is looking for since what is the best school for nursing in California includes numerous options for nurses at different levels. If a person doesn’t have an LPN or an RN already, he or she will need to look for on-campus programs, so he or she can complete the clinical portion of his or her education. If he or she already has an LPN or RN, he or she can look for LPN to BSN or RN to BSN programs online or on campus.

How We Ranked the Best Schools for Nursing in California

To rank the best nursing schools in California, Nursing School Hub editors have to consider what is important to the working nurse and the new nursing student. The thing all nursing students have in common is the desire to see their degree make an impact on their career. That’s why NSH ranks programs according to data that matters, from reputable sources including IPEDS and College Scorecard. All programs are accredited and ranked according to their tuition cost, student satisfaction, and salary potential.

The UCLA School of Nursing offers these degree options: Bachelor of Science in Nursing (BSN), MSN – Masters Entry Clinical Nurse, Masters of Science in Nursing – Advanced Practice Registered Nurse, Doctor of Philosophy, and Doctor of Nursing Practice Program. Students develop real-world skills along with the theory and socialization. The curriculum features interdisciplinary and independent-study education. Ranked as #20 on the list of Top Nursing School by US New and World Report, the UCLA School of Nursing is one of the best schools for nursing in California.

The UCLA School of Nursing is a public school. The motto is “Fiat lux,” translated “Let there be light.” The university’s nickname is “Bruins,” and the school colors are blue and gold. UCLA is the fourth-oldest campus in the University of California university system. The nursing school is located in the Westwood neighborhood. The UCLA School of Nursing is one of the top recipients of research funding in the US, with particular emphasis as a Top 20 recipient from the National Institute of Health (NIH).

The Azusa Pacific University is a private, evangelical institution (inter-denominational) recognized among National Universities by US News & World Report and ranked a Top Performer in Social Mobility. The mascot is the Cougar. The school colors are black and brick. The motto is “God First.”

UC Irvine offers a BS in Nursing Science, an MS in Nursing Science, a Doctor of Nursing Practice (DNP), and a Doctor of Philosophy in Nursing. The focus of the nursing program is to encourage population health on a local and international level while improving the level of care for patients. UC Irvine’s Sue & Bill Gross School of Nursing is one of the best nursing schools in California.

UC Irvine is a public research institution, ranked #36 in National Universities by US News & World Report, with a specialization in neuroscience and cancer studies. The motto “Fiat lux” means “Let there be light.” UCI is one of the top research institutions in the US. The university is dedicated to discovery, with the goal of improving lives.

The Dominican University of California offers a BS in Nursing, focusing on clinical excellence. The goal is to facilitate mentorship and engagement, with real-world opportunities in research and study abroad. The Dominican University of California is one of the best schools for nursing in California. The program focuses on training and fulfilling the requirements for military trained healthcare professionals as well as internationally educated students.

The Dominican University of California is ranked #23 as one of the Regional Universities West, as well as #24 in the list of Best Value Schools by US News & World Report. The motto is “Veritas Fax Ardens,” translated as “Truth is a Flaming Torch.” Dominican is a private university, with the nickname “Penguins,” and the mascot “Chilly the Penguin. Appropriately enough, the school colors are black, gold and white. Students participate in important research projects, while gaining real-world experience in the dynamic Dominican community. 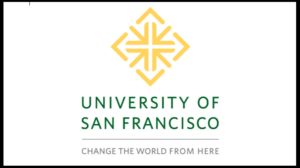 The University of San Francisco offers a BS in Nursing, a MS degree as well as a Doctor of Nursing Practice, accredited by the Commission on Collegiate Nursing Education. The University of San Francisco is the best nursing school in California. The goal of the School of Nursing and Health Professions is to prepare healthcare personnel for the demands of policy and advocacy, with a commitment to learning and innovation.

The University of San Francisco is ranked #97 in National Universities by US News & World Report. It’s a private Jesuit-Catholic institution, with a focus on service-based learning and a commitment to contributing and improving the community. The traditional motto is: “Pro Urbe et Universitate,” translated “For City and University,” but the current motto is “Change the world from here.” The more modern motto reflects the emphasis on work that contributes to the betterment of society and the world. The school colors are green and gold. USF is ranked #67 for “Best Value.” Washington Monthly ranked the university #149 for research, contribution to public good, and promotion of public service.

Concordia University Irvine offers an Accelerated Bachelor of Science in Nursing (ABSN), a Master of Science in Nursing (MSN), and a Undergraduate Pre-Nursing Minor. Concordia University is one of the best nursing schools in California. The program centers on teaching knowledge-based skills and delivering the right information to support compassionate, caring, and competent care by dedicated and knowledgeable nurses. Concordia students have a high pass rate of 99% for The National Council Licensure Examination (NCLEX-RN® exam).

Concordia University is a private Christian university, ranked as #34 in the list of Regional Universities West by US News & World Report. Approximately 68% of students in undergraduate programs currently receive need-based financial aid for full-time status. The motto is “Developing Wise, Honorable, and Cultivated Citizens.” The university is one of the nine universities and colleges that are part of the Concordia University network/system.

Simpson University offers a BSN (pre-licensure) and a RN-BSN (post-licensure) program track. Simpson University is one of the best schools for nursing in California, with its focus on faith-based nursing education and curriculum. The core value of the Betty M Dean School of Nursing program is caring, with personalized faculty mentoring, hands-on experiences, small classes, simulation labs, and engaging discussions.

Simpson University is a private, liberal arts university with a faith-based focus, affiliated with the Christian and Missionary Alliance. The motto is “Gateway to World Service.” The nickname is “Red Hawks,” with the colors of red and black. The university encourages critical thinking and research with the goal of demonstrating the values and precepts of human dignity and social justice.

Biola University offers a Bachelor of Science in Nursing (BSN), with the mission of preparing students to take on the role of competent nursing professionals. The Biola Nursing program incorporates clinical opportunities with a theoretical (evidence-based) curriculum to support an environment for learning and growth. Biola University is one of the best nursing schools in California.

Biola University is a private Christian university. The university ties for the rank of #185 in National Universities in a list by US News & World Report. It ties for #61 for Best Undergraduate Teaching, and is ranked #88 in the list for Best Value Schools. The motto is “Above All Give Glory to God.”

California Baptist University is a private Christian institution, affiliated with the California Southern Baptist Convention. It is ranked #43 in the list of Best Colleges is Regional Universities West by US News & World Report. It ranks #28 for Best Value Schools, and #5 for Most Innovative Schools. The motto of the school is “Live Your Purpose.” The nickname is “Lancers” and the colors are blue and gold.

San Diego State University offers degrees for a Bachelor of Science in Nursing (BSN), an RN to BSN, a Master of Science in Nursing (MSN), and an LVN to RN. The SDSU Nursing Program, BSN ranked in the top 25 for all Nursing school programs, according to the Best Health Degrees, while simultaneously ranking as #1 in the list of Hispanic-Serving programs. San Diego State University is the best nursing school in California.

San Diego State University is a public research institution. The “Leadership starts here” motto follows through with the prestige of the Nursing Program as well as the accomplishments and acclaim of the entire university. SDSU has been recognized as the #1 research university and it is classified for High Research Activity. The Aztec warrior is their mascot, and the nickname is “Aztecs,” with the bold scarlet and black colors. In keeping with that school identity, San Diego State University is committed to diversity, and it is recognized as one of the top 10 universities in the US for racial and ethnic diversity in the number of degrees that are earned by minority students as well as the overall makeup of the student body.

How Do I Choose a Nursing School in California?

How is the Nursing Job Market in California?

How Much Do Nurses Make in California?