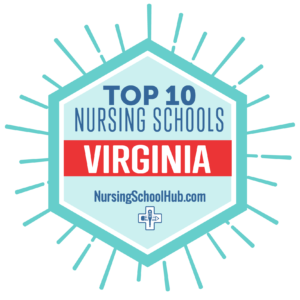 The Bureau of Labor Statistics says there should be a 26 percent increase in the need for nurses in the coming years. There is an increase in population in general, and with more emphasis on healthcare, nurse jobs in Virginia should be readily available. The aging baby boomer population should also increase the need for nursing jobs in Virginia. The increase in healthcare needs will also keep Virginia nursing jobs available. There is also more demand for doctors, so Virginia nurse practitioner jobs should also be available. Virginia nurse practitioner jobs are qualified for when an RN takes higher-level training.

How We Ranked the Best Nursing Schools in Virginia

The editors at Nursing School Hub ranked Virginia nursing programs according to data from Niche, with a focus on student satisfaction and outcomes. Only legitimate, accredited schools offering online programs were considered for the ranking.

The Nursing School at the University of Virginia is nationally ranked and considered among the best nursing schools in Virginia. Considered and recognized as one of the best schools for nursing in Virginia, the faculty teaching at UVA includes ten nursing organizations’ presidents. The School of Nursing within the University of Virginia has been accredited since 1948, first through NLN and now through CCNE. The school offers four academic degree programs in nursing – BSN, RN to BSN, MSN, DNP & Ph.D.). Additionally, UVA’s nursing school offers continuing education and certificate programs for nursing professionals.

The University of Virginia (U.Va.) was established in 1819 and known for historical secret societies and honor codes. The school serves approximately 24,850 students on the Charlottesville campus and online.

Highlight: Thomas Jefferson was the founder of the University of Virginia, which is now the commonwealth’s flagship school.

Established in 1908 as a teacher’s training institute for women by the state’s general assembly, James Madison University is now a full-fledged institution of higher education. JMU’s campus is located in Shenandoah Valley and serves approximately 22,450 students.

Highlight: James Madison University is organized into nine colleges/schools, plus a robust outreach & engagement division for students and staff.

Bon Secours Memorial College of Nursing is recognized among the best schools for nursing in Virginia, offering a Bachelor of Science in Nursing degree program and an RN to BSN program that can be completed entirely online. Bon Secours is one of the best nursing schools in Virginia; Bon Secours offers students an impressive NCLEX-RN pass rate for 2020 at 94%, well above national averages. Additionally, students graduating from Bon Secours Memorial College of Nursing had a job placement rate of 96% for 2020.

Founded in the early 1960s as a private nursing college in Richmond, Bon Secours Memorial College of Nursing (Bon Secours CON) is affiliated with the Bon Secours Mercy Health System. Bon Secours CON was launched in 2010 and is now home to approximately 450 nursing students.

Highlight: BSMCN is affiliated with a Catholic-based hospital nearby.

Recognized and considered as one of the best schools for nursing in Virginia, George Mason University’s Nursing School offers a variety of nursing degree programs from the bachelor’s level to that of doctoral programs. As a best nursing school in Virginia, GMU offers several BSN programs – a traditional, an accelerated, LPN or RN to BSN, plus co-enrollment programs for veterans and non-veterans. George Mason University also offers graduate nursing programs at the master’s and doctoral levels.

George Mason University is a multi-campus higher learning institution that was founded in 1949 as an extension campus for the University of Virginia. Additionally, GMU is a sea-grant research school with a student enrollment of approximately 38,150 students. The school is named to honor one of the nation’s founding fathers.

Highlight: GMU offers its students an impressive 17 to 1 student to faculty ratio.

Eastern Mennonite University is considered one of the best schools for nursing in Virginia, offering a variety of nursing degrees at the undergraduate, graduate, and doctoral levels. AT the bachelor’s level, there are options for LPNs and RNs to earn BSN degrees and full program and second-degree baccalaureate nursing programs as well. This best nursing school in Virginia also offers an MSN degree, a DNP degree, and a faith community nursing course. These nursing programs from Eastern Mennonite University have received accreditation from the Commission on Collegiate Nursing Education – the CCNE.

Highlight: EMU is well-known for its CJP, the Center for Justice & Peace-building. 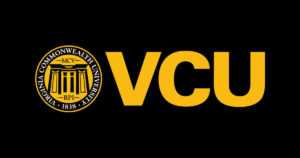 Founded as a research higher learning institute in 1838, Virginia Commonwealth University’s school of nursing was organized about a decade later in the tradition of Florence Nightingale. The school’s urban campus is home to nearly 29,500 students.

Old Dominion University is ranked among the best schools for nursing in Virginia and in the nation, offering a variety of programs at the undergraduate, graduate, and post-doctorate levels. ODU’s best nursing school in Virginia offers three baccalaureate options. At the graduate level, Old Dominion University offers a Master of Science in Nursing program (MSN) & a Doctor of a Nursing Practice degree program (DNP), plus a host of post-master’s certificates in nursing specialties. ODU’s RN to BSN program is recognized among the top online programs in the nation.

Established as a division of William and Mary in 1930, Old Dominion University is now a comprehensive research institution of higher learning with a student enrollment of approximately 24,660 students on its 250+ acre campus only a few miles from downtown. ODU’s students hail from nearly 90 countries.

Founded in 1910 as a public higher learning institution to teach women to be educators, Radford University’s 200+ acre campus is home to approximately 9,150 students.

Highlight: Radford University’s campus is nestled between the Allegheny and Blue Ridge Mountains, at the New River’s double bend.

The Wade-Custer Nursing School at Shenandoah University is recognized as a best nursing school in Virginia, offering nursing programs at various academic levels. At the baccalaureate level, Shenandoah Valley offers a four-year BSN program that prepares students for the NCLEX-RN exam. Shenandoah is ranked among the best schools for nursing in Virginia; students may also opt for a transfer BSN, an ASD to BSN, or RN to BSN degree programs. At the graduate level, Shenandoah University offers a DNP and several MSN degree programs, including an RN to MSN degree.

Affiliated with the United Methodist Church (UMC), Shenandoah University was established as a private seminary in the mid-1870s. The school has evolved to become a six college/school university offering more than 190 academic degrees and programs to its more than 2,900 students.

The University of Mary Washington is considered among the best schools for nursing in Virginia by offering its Bachelor of Science in Nursing (BSN) degree program that is designed for those students who already have previously earned an associate’s degree. This hybrid nursing program from a best nursing school in Virginia is accredited by the AACN. RNs are encouraged to apply for this affordable degree completion program which should open doors for career opportunities. Full-time students can complete the University of Mary Washington’s BSN completion program in only twelve months.

Established as a teacher’s school for women in the early 1900s, the University of Mary Washington now offers sixty undergraduate and graduate degree options through the university’s three colleges/schools.

How Do I Choose a Nursing School in Virginia?

The first thing to look for is to make sure they are accredited, and it is a good idea to visit the school and talk with school officials before making a final decision between the schools of nursing in Virginia. There are also several types of nursing programs, so finding the one you want can take some time. There are LPN programs that are basic, or you could get an RN from a four-year school. There are many specialties as well, and you can go on from nursing to get a nurse practitioner license.

When you visit one of your top choices among nursing schools in Virginia, have a list of questions ready to make sure all your questions get answered. School officials at schools in Virginia for nursing can help you with the information you need to make your choice. Of course, you want to know about the classes involved in Virginia nursing schools, but you may also want to ask questions about how the school will fit into your life. Whether the school offers distance learning, online courses, are just a couple of ideas.

Nursing schools in Virginia also require an internship, and that is something that will count as work experience when you try to find a job. Learning about this will also help you choose the best schools of nursing in Virginia.

How is the Job Market for Nurses in Virginia?

Travel nurse jobs in Virginia should also be available as the shortage of nursing jobs continues to grow. Travel nurses go to hospitals where they are needed and work on a short-term basis, usually with an agency of some kind.

While the job outlook is good, there are other states with larger shortages. You will have to take a test to get state-certified after the classwork is done. The education is transferable, and the state licensing may be as well. The Washington D.C. Metropolitan area, part of which is in Virginia, is one of the highest metropolitan areas for employment in this field.

How Much Do Nurses Make in Virginia?

The job outlook in Virginia is good, and nursing salaries in Virginia are also good as compared to other jobs in the state. The Bureau of Labor Statistics says nurse salary in Virginia is seven percent below the national average.

Of course, the setting and area can make a big difference in nursing salaries in Virginia. Bigger cities tend to pay more than rural areas, but the cost of living is higher in larger cities. There are also travel nurses, who fill in at hospitals and other medical facilities when needed. This could include Lpns’ RN’s or people with advanced degrees, and the nurse salary in Virginia is higher for travel nurses.

Outpatient care centers have 15 percent of all employees in nursing and are the highest paying. General medical and surgical hospitals take up about 30 percent of all nursing jobs in Virginia and are the second highest-paying in the industry.