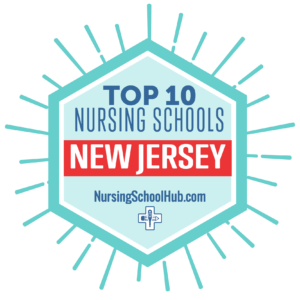 Students have no shortage of schools for nursing in New Jersey to pick from. Universities and colleges are trying to attract students to train as nurses and position them to find employment in New Jersey healthcare facilities of all types. Like many states, New Jersey has a nursing shortage that makes trained, experienced nurses highly in-demand. That’s why the best nursing schools in New Jersey are working overtime to turn out exceptional nurses for one of the nation’s most densely-populated states.

The field of nursing enables students to get their careers started sooner than other professions. It takes about a year to become an LPN and 15 months to two years for an RN. Students learn in various settings that include classroom, labs and clinical trials. Schools in New Jersey for nursing provide these settings to give students a well-rounded education that prepares them for working in live healthcare settings. Nursing programs in New Jersey also teach students to take the NCLEX exam in order to gain the appropriate nursing license from the state of New Jersey.

How We Ranked the Best Nursing Schools in New Jersey

Nursing School Hub editors feature accredited, trusted schools known for their quality and their positive influence on graduates’ careers. Programs are ranked according to factors like cost, student satisfaction, and the breadth of offerings.

The School of Nursing at Rutgers University is a nationally recognized center of excellence (NLN) offering nursing programs. Among the best nursing schools in New Jersey, Rutgers University offers nursing programs that include bachelor’s, master’s, and doctorate level degree programs, plus various certificate programs and continuing education options. Rutger’s Nursing school offers more than 100 nursing specialties across the academic continuum. Nursing students have the opportunity and access to more than 190 clinical sites throughout the state.

Rutgers University is the state university of New Jersey and considered one of the nation’s oldest school and a public ivy university. Established as Queens College in 1766, Rutgers University is now a public, land-grant higher learning institution with approximately 68,750 students. The School of Nursing was established in 1955 and is considered one of the largest in the country.

The College of New Jersey’s Nursing, Health, and Exercise Science School offers several nationally recognized nursing programs and degrees. NursingProcess.org ranked the College of New Jersey’s RN to BSN degree program among the best available in the Northeast region’s marketplace. Both the undergraduate and graduate degree programs available from one of the best nursing schools in New Jersey have received CCNE accreditation. TCNJ offers four Nurse Practitioner tracks, plus post-masters programs with a variety of nursing specialties.

Thomas Edison State University was established in 1972 as a public college to serve the greater Trenton vicinity’s adult population. The school’s urban campus and distance learning platform is home to approximately 17,050 students. Thomas Edison State is named to honor the inventor who spent much of his adult and professional life in the state of New Jersey.

New Jersey City University was established in 1927 as a teacher’s normal training school. In addition, NJ City University is a sea-grant and space-grant higher learning institution that serves approximately 8,850 students online and on the school’s Jersey City campus. The nursing, education, and psychology programs are the most popular degree programs offered by NJCU. 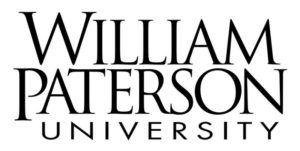 William Paterson University’s Nursing Department offers a variety of nursing degree programs from its North Jersey campus. The nursing programs offered by WPU – one of the best nursing schools in New Jersey includes CCNE-accredited programs at the baccalaureate level, plus a variety of MSN degree programs, some of which may be completed entirely online. Additionally, William Paterson University’s Nursing Department offers a Doctor of Nursing Practice degree and a school nurse certification program, among others. Of the eighteen available nursing programs, five of the available programs are 100% online.

Monmouth University’s Nursing & Health Sciences School is considered among the best nursing schools in New Jersey. The school offers three baccalaureate level nursing degrees, one in which an RN to BSN program. Additionally, Monmouth University offers several graduate certificates, a Master of Science in Nursing program (with five specializations), and a Doctor of Nursing Practice degree as well. Each of these nursing degree programs offered by Monmouth University has received accreditation from the CCNE. Students graduating from MU’s nursing programs have the added benefit of the school’s full-time placement coordinator.

The Meridian School of Nursing at Georgian Court University offers a Bachelor of Science in Nursing Degree program from one of the best nursing schools in New Jersey plus an RN to BSN degree program that offers state of the art nursing facilities. These nursing degrees offered by the Georgian Court University are accredited by the Commission on Collegiate Nursing Education. GCU’s nursing school is affiliated and partners with the Hackensack Meridian Health Center. Classes for these degrees include pharmacotherapeutics, nursing care for childbearing families, health assessment, and chemistry for the health sciences.

Saint Peter’s University School of Nursing is recognized among the best nursing schools in New Jersey. Saint Peter’s University offers nursing degree options at the baccalaureate and master’s levels that have received accreditation from the CCNE. At the bachelor’s level, SPU offers a basic or accelerated BSN program, plus an RN to BSN or RN to MSN transition program option. The RN to BSN program offers two tracks (leadership and generalist) that can both be completed in only 21 months.

Saint Peter’s University was established by the Society of Jesus in 1872. The school’s campus is only a few minutes from downtown Manhattan and is home to approximately 3,450 students. Saint Peter’s University holds the distinction of being the only Division 1 school with a school mascot that is a peacock, a reference to the name of a Dutch settler who once owned much of Hudson County, New Jersey.

Stockton University is ranked among the best nursing schools in New Jersey, offering a four-year CCNE-accredited Bachelor of Science in Nursing for students who want to earn their baccalaureate degree and Registered Nurse’s license. US News recognizes Stockton University among the top ten northern regional universities. Classes for this bachelors of nursing degree include chemistry, anatomy, health assessment, microbiology, and ethics and professionalism, to name a few.

How Do I Choose a Nursing School in New Jersey?

All of these criteria should be present when looking at schools for nursing in New Jersey. You, as a potential applicant, need to determine if the program offers convenience, in-person and online classes, has a high percentage of graduates that pass the NCLEX exam, and uses up-to-date technology that’s in common use in healthcare settings. If time is of the essence, an accelerated nursing program can be another criteria for selecting a nursing school in New Jersey. Accelerated programs give nursing students the opportunity to start their career sooner and many schools of nursing in New Jersey offer accelerated degree programs.

How is the Nursing Job Market in New Jersey?

Nursing jobs in New Jersey are plentiful and are predicted to remain so for the near and far future. Prior to COVID-19, there was a shortage of qualified nurses due to more demand for healthcare and fewer qualified individuals. COVID-19 has changed the field of nursing and will continue to do so for some time as the population is adversely affected by the virus. The long-term damage done by COVID-19 on the body also has the potential to increase the amount of people who require ongoing healthcare. Now the healthcare industry is facing the combined pressure from an aging population, people infected by COVID-19, and the yet-as-unknown need for ongoing healthcare after a coronavirus infection. It will be easy to find nurse jobs in New Jersey for some time to come.

People who are skilled at higher levels of nursing are predicted to be in demand as well. Jobs for registered nurses in New Jersey are most likely to have the most demand due to their intermediary role between a physician and a patient. There’s also a projected shortage of qualified physicians which means nurse practitioner jobs in New Jersey are also in demand for the foreseeable future. Nursing jobs in New Jersey are plentiful and finding employment won’t be an issue for some time to come. The nursing shortage is such that a large influx of nursing students in the near future won’t be sufficient to alleviate the demand for qualified nurses.

How Much Do Nurses Make in New Jersey?