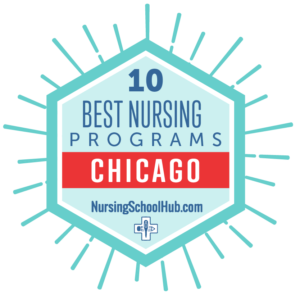 If you want to become a nurse in Chicago, Illinois, you have to chooose an accredited school. Accredited schools have proven that they provide relevant, up to date educations. This is especially important when it comes to nursing, a profession that puts other people’s health and wellness directly into your hands. Once you only have accredited schools on your list, you can take other steps to narrow your options. Look for schools that match up with your priorities. For most working nurses and new nursing students, those priorities will probably center around a balance of quality, reputation, and job market opportunity – exactly the factors Nursing School Hub is interested in.

How We Ranked the Best Nursing Schools in Chicago

With the needs of real working nurses in mind, Nursing School Hub editors focus exclusively on accredited programs that will help professionals on the job market. Programs are ranked according to their cost, reputation, and salary potential, using data from IPEDS, College Scorecard, and Niche.

In 1870, Loyola University Chicago was established as an institution of higher learning. Loyola University was established by the Roman Catholic (Jesuit) Church, and the school remains connected with the church. Loyola’s urban campus is home to more than 16,000 students studying for degrees provided by eleven colleges/schools. Loyola is often considered a best-value school by many legitimate ranking sources. Loyola University Chicago holds the distinction of being one of the largest Catholic institution of higher education in the country.

Dominican University’s Elizabeth T MacNeil School of Nursing (SON) is recognized among the best nursing schools in Chicago. The Bachelor of Science in Nursing (BSN) degree program prepares graduates to pass the NCLEX licensing exam. As one of the best nursing schools in Chicago, Illinois, Dominican University offers small classes, community-wide clinical placements, and ​access to a new Simulation Education Center that allows for interprofessional educational activities with other clinical programs. As one of the best nursing schools in Chicago, Dominican operates with CCNE (Commission on Collegiate Nursing Education) accredited coursework. Nursing graduates enter the nursing workforce prepared to respect the integrity and dignity of each person they treat. The School of Nursing also offers an RN to BSN degree completion program that is delivered 100% online. Dominican University also offers nursing scholarships on an undergraduate level.

4. University of Illinois at Chicago

The University of Illinois at Chicago’s College of Nursing is considered one of the best nursing schools in Chicago Illinois. UIC offers an on-campus Bachelor of Science in Nursing (BSN), a Master of Science in Nursing (MSN), a distance learning RN to BSN completion program, and a Doctor of Nursing Practice (DNP). As a best nursing school in Chicago, UIC offers five additional campuses across the state of Illinois. These nursing programs, from one of the best nursing schools in Chicago, have received accreditation from the CCNE – the Commission on Collegiate Nursing Education. 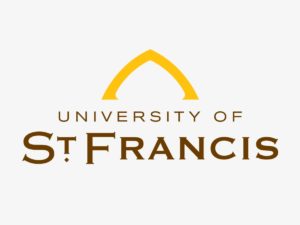 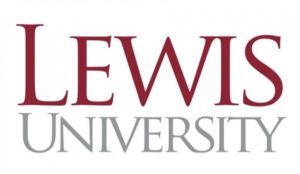 USF’s College of Nursing and Health Sciences (CONH) operating with the Lewis University system has been recognized among the best schools in Chicago Illinois. As a best nursing school in Chicago, Lewis University has been accredited by the Commission on Collegiate Nursing Education (CCNE) and the American Association of Colleges of Nursing (AACN). Lewis University has been ranked among the best schools in Chicago as it has prepared nursing professionals for the Chicago metropolitan area for four decades. Undergraduate nursing programs include a BSN and RN to BSN degree programs, plus graduate nursing degrees of a Doctor in Nursing Practice (DNP) or eight concentrations for the Master of Science in Nursing (MSN) degrees.

Lewis University was established in 1932 by the Lasallians of the Roman Catholic Church. Lewis University’s suburban campus is home to more than 4,500 students studying for the 100+ undergraduate and graduate degree options. The Archdiocese of Chicago were the initial founders of Lewis University. 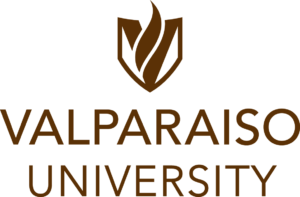 Valparaiso University’s College of Nursing and Health Professionals is ranked as one of the best nursing schools in Chicago Illinois for nursing education. The school’s graduate and undergraduate nursing programs have received accreditation from CCNE – the Commission on Collegiate Nursing Education. As a best nursing school in Chicago, Valparaiso offers both undergraduate, graduate, and doctoral level nursing degree programs. Valparaiso University, recognized among the best nursing schools in Chicago Illinois, provides a Doctor Nursing Practice (DNP) degree program for nursing professionals who hold a Bachelor of Science in Nursing.

Chicago is the third largest metropolitan area behind New York City and Los Angeles. It is a city of neighborhoods that extend out from the Chicago Loop, or business district. The entire metropolitan area extends out to include several counties and is informally known as “Chicagoland.” Located on the beautiful southeastern shores of Lake Michigan, it is a city with many public beaches and four large waterfront parks. Chicago is one of the top 10 richest cities in the world and has the second largest labor pool in the United States. The average cost of living index is 114 compared to the national average of 100.

Chicago is a great city to attend school for nursing and to work as a nurse. The University of Illinois is the nation’s largest medical school. The Chicago School of Medicine and Stritch School of Medicine are on the city’s outskirts. The city is home to numerous medical associations. Job opportunities are excellent now for RNs in all specialties and the trend is expected to continue. The median age of nurses in the area is expected to rise helping to create new jobs as these nurses retire or leave the field. In fact, nursing jobs are projected to grow faster than average for all occupations in Chicago through 2014.

The Illinois Student Assistance Commission (ISAC) has been in existence since 1957. The commission helps families plan for the steps to gain access to financial assistance for post-secondary education through various scholarships, grant and loan programs. Eligibility is based on certain factors such as field of study, financial need, military service and academic achievement. ISAC’s Monetary Award Program (MAP)is the state’s cornerstone needs-based program. The commission also provides counseling for educational funds borrowers to ensure that they are aware of repayment terms and rights.

How Do I Choose the Right Nursing School in Chicago?

Some people find it helpful to write down all of the things that they’re looking for in a nursing school. For example, many students want to find the top nursing schools in Chicago, which is more than understandable.

While the top nursing schools in Chicago will likely cost more money in tuition and fees than other schools, they do look great on a resume and can lead to job opportunities. That said, even if the most famous colleges in Chicago with nursing programs are outside your budget, you don’t necessarily have to attend one to get a great education. There are smaller colleges in Chicago for nursing that are both challenging and worthwhile, and if one of your priorities is small class size and personalized attention, then one of those schools may be a better choice for you, anyway.

If you’re looking to go into a specialization such as anesthesiology, pediatric nursing, or anything else that’s more specific than general nursing, then you should know that there are colleges in Chicago for nursing that offer specific concentrations. If you want a specialization, look for a nursing school in Chicago that can accommodate you.

Once you’ve taken all of the above into consideration, you should have narrowed down your choices nicely. From there, explore the websites of the colleges on your list. Pay attention to the ones that grab your attention, and note the pros and cons of each one. This process should lead you to the choice that’s right for you.

How is the Job Market for Nurses in Chicago?

In terms of job availability, the market looks excellent for those who are looking for nurse jobs in Chicago. The state of Illinois, like many other states in the US, is facing a major nursing shortage right now, and the state desperately needs new nursese to fill in the gap. Chicago itself, being a large city, may have particularly high needs, so it’s unlikely that you’ll have any trouble finding nursing jobs in Chicago. Many new nurses secure a nursing job in Chicago soon after graduation because the need is so high. There are lots of nurse practitioner jobs in Chicago as well.

Whether you’re looking for nursing jobs in Chicago or nurse practitioner jobs in Chicago, take a look at local job boards. You might also google search “nursing job in chicago” or “nurse jobs in Chicago” to get started. Stick with recognizable and reputable websites for job opportunities and salary information.

How Much Do Nurses Make in Chicago?

The registered nurse salary in Chicago Illnois has been a widely-discussed topic for a while now. When it comes to nursing jobs in Chicago, salary is understandably one of the first things that new nurses search for. The average salarly for nurses in Chicago is currently just over $61,000 per year, which is a bit lower than the national average. In spite of the relatively low registered nurse salary in Chicago, many nurses choose to stay in Chicago out of love for the city and because the need for nurses there is so high.

There are a few things that you should keep in mind when it comes to a registered nurse salary in Chicago. For one thing, your salary will grow as you gain experience. The starting salary for a nurse in Chicago is lower than the average salary of a nurse in Chicago, and that’s okay. Give it time, gain experience, and you’ll work your way up. Stay in nursing long enough, and you may start earning a higher than average salary.

Going into specific types of nursing can increase your salary even more. The average nurse salary in Chicago usually refers to general RNs. However, a nurse practitioner salary in Chicago, IL will only get higher the more that you specialize. Of course, these options do require more schooling and experience than RN jobs. A lot of nurses become RNs first, save up some money, and then further their education to expand their career later.

If you want a more immediate way to earn more than the average nursing salary in Chicago, you can do things like taking night shifts and supplementing your income with hourly work. The registered nurse starting salary in Chicago can definitely be bolstered with added hours, and these hours can help you pay off student loan debt faster or put some money into savings.

Top 10 Cities for Jobs in Nursing